I love my job! Every now and then GSOF gets asked to do something that is really important for the SOF community and it is at that time I really value my job.

When I was at USSOCOM I remember ADM McRaven and CSM Faris traveling around talking to the units as they were rolling out their Preservation of the Force and Family Program (POTFF). One thing that really stood out to me is the many operators asking that resourcing go to helping their families–because they did not sign up for that type of stress. The operators said they wanted to have their families supported first and foremost.

Three years ago we were approached by several families from 7th Special Forces Group (SFG) telling us about their biggest community issue–the lack of a Child Development Center (CDC) and the huge impact it was having on their lives.

Most people read things like this and assume that they are just bitching about the facilities, but after visiting the area 3 times in the last 4 months I can tell you that it is truly a major issue.

When 7th SFG was moved to Eglin AFB in Florida, the group was given a beautiful base called Camp Bull Simons, which is located in the northern part of Eglin AFB near Crestview in the Florida panhandle. If you have never been to Eglin, it is one of the largest bases in DoD and the drive from the north side of the base to Eglin Main can take nearly an hour in peak traffic. During high-tourist times and holidays it is bumper to bumper for miles. The 6th Ranger Training Battalion and the Joint Explosive Ordnance Disposal (EOD) Schools, run by the Navy, are also north of Eglin Main.

Years ago, CDC funding provided by Congress went to building a new CDC on Eglin Main–which is great and necessary for those families there…but that left over 450 kids from the ages of 0 – 4 living in northern Eglin that do not have reasonable access to that CDC.

To help paint this picture, you need to know that the home costs in Florida have been rapidly rising for five years and the cost to live closer to the Eglin Main area have skyrocketed to a level that most junior enlisted cannot afford. These are the warfighters who need the CDC the most, but for work proximity and home affordability, the majority live 50+ minutes away.

And for the families who are willing to make the drive…the waiting list is often up to TWO YEARS long.

This is leaving young families with no options besides unaffordable in-home care, loss of spousal careers, and mental health struggles that are ultimately hurting our force readiness and retention.

I know that affordable childcare is an issue across the US, but when a young man or woman signs up to offer their life and service to our Nation they do so with the understanding that the government will take care of their family.

GSOF wanted to support this cause, but before we started advocating we wanted to do a VTC with some of the families in the Crestview area to hear their concerns. We assumed we would get 20 – 25 people on the VTC but we were wrong. About 48 hours prior to the VTC we had over 500 people registered and we made a decision to change it to a webinar to ensure we could handle that many outstations.

The vignettes from the families were gut-wrenching and I was frankly pissed off.

Some of those families and spouses were brave enough to come forward and tell their story, and through their support we were able to put together this video testimonial about the issue. I highly recommend you watch:

The issue was at a loggerhead between two services–the Air Force and the Army.

The Commander of Eglin Air Force Base has stated that Camp Bull Simons, the proposed location for the CDC, is within the 96th Test Wing’s active range that is used to test weapons, and that the location would provide an “unacceptable safety risk.”

However, there are over 2,600 people living and working on Camp Bull Simons, with 284 soldiers living in barracks as well as civilian medical personnel, a base Chapel and AAFES employees working within the safety buffer of the impact area. To date, the compound has never been shut down or evacuated for any AF munitions testing.

In addition to Camp Bull Simons, also within “The Range” is Camp Rudder (6th Ranger Training Battalion) and the many people traveling on Hwy 85.

96TW’s definition of what is and what is not on “The Range” is not consistent. Eglin recently denied Navy EOD School’s request to construct barracks for students on their compound (NAVSCOLEOD is not contiguous with Eglin Main), yet it allowed Camp Bull Simons to build barracks in 2010, with more approved recently. They are adamantly opposed to children on the range but allowed families to live in government housing on Camp Rudder for over 50 years.

We do not believe the reasoning presented by Eglin AFB justifies the impact to the retention, readiness, and well-being of 7th SFG and its families.

Worst of all, 7th SFG is just one community that represents this DoD-wide issue of poor support of our warfighters, especially the enlisted forces, that is negatively impacting our military on multiple levels.

We did our homework and we headed to Washington to seek the assistance of Congress. Some of the feedback from Congress has been very promising, but we think the SOF community needs to push our congressional leaders to get this resolved quickly.

We have helped form the CDC Action Group at www.cdcaction.com and we are encouraging everyone to to watch the video testimonies and follow the instructions on sending an email to the key House and Senate representatives. (You can also scan the QR code shown to visit the site on your mobile device.)

What we need now is your support. 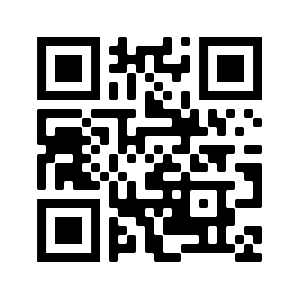 As of 8 JULY we have over 600 emails sent to Congress, but we need more. We can’t take our foot off the pedal. We need to do this for our military families.

After you send your letter, encourage others to do the same. We have shared a post below that includes sample text and graphics that you can post to social media.

We are also hosting another Virtual Town Hall for the local families on 27 JULY at 7PM EST… you can register to attend that event here:

Thank you for your support!

Please visit this page, send the support email, and send it to everyone you can!
http://cdcaction.com