Peter Bergen, Chairman of the Board 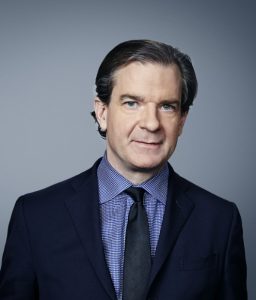 Peter Bergen is a journalist, documentary producer, vice president at New America, CNN national security analyst, professor of practice at Arizona State University, and the author or editor of seven books, three of which were New York Times bestsellers and four of which were named among the best non-fiction books of the year by The Washington Post. The books have been translated into twenty languages. Documentaries based on his books have been nominated for two Emmys and also won the Emmy for best documentary.

Bergen also serves as New America’s Director of the International Security, Future of War and Fellows Programs. He is a contributing editor at Foreign Policy and writes a weekly column for CNN.com. He is a member of the Aspen Homeland Security Group and a fellow at Fordham University’s Center on National Security. Bergen is on the editorial board of Studies in Conflict & Terrorism, a leading scholarly journal in the field. He has held teaching positions at the Kennedy School of Government at Harvard University and the School of Advanced International Studies at Johns Hopkins University. For many years he was a fellow at New York University’s Center on Law and Security. He has testified on Capitol Hill seventeen times about national security issues.

In 2011 he published The Longest War: The Enduring Conflict between America and Al-Qaeda. The book won the Washington Institute’s Gold Prize for the best book on the Middle East. In 2012 he published Manhunt: The Ten Year Search for Bin Laden, from 9/11 to Abbottabad. It won the Overseas Press Club award for the best book on international affairs. HBO based the film “Manhunt” on the book, which won the 2013 Emmy for best documentary. In 2013 he published Talibanistan: Negotiating the Borders Between Terror, Politics and Religion, a collection of essays about the Taliban that Bergen co-edited. In 2014 he published Drone Wars, a collection of essays about drone warfare that Bergen co-edited. In 2016, he published United States of Jihad: Investigating America’s Homegrown Terrorists and HBO adapted the book for the documentary film “Homegrown: The Counter-Terror Dilemma.”

Bergen has hosted, produced, or executive produced multiple documentaries for HBO, CNN, National Geographic, and Discovery. Bergen co-produced CNN Films’ Legion of Brothers, which premiered at Sundance in January 2017 and was released theatrically in May 2017. Bergen produced the first television interview with Osama bin Laden in 1997. The interview, which aired on CNN, marked the first time that bin Laden declared war against the United States to a Western audience.

Bergen has written for a wide range of newspapers and magazines around the world including the New York Times, Washington Post, Wall Street Journal, Foreign Affairs, Time, The Atlantic, Vanity Fair, The Daily Telegraph, The Times, The Guardian, Prospect, La Repubblica, Die Welt and Der Spiegel. He has a degree in Modern History from New College, Oxford.

Bergen is married to the documentary director/producer Tresha Mabile. They have two children.

Lori Larsen, of Celestar Corporation,  prides herself on her client commitment and patriotism, as well as her people and business solutions. Her personal brand is “determined to succeed in life and business through experiences, choices, and people.” This complements the Celestar Holdings Corporation’s approach to “providing intelligent consulting solutions to Government and industry partners.”

As the Chief Strategy Officer, and a team member of Celestar Holdings Corporation since 2005, Lori’s reach extends beyond the internal organization to the customers of Celestar. Focused on service, developing strategies that fit needs, engaging people who implement them, and growing the company through earning opportunities, Lori brings a wealth of military and business experience to the company and her partners. Her interests and efforts can be tracked back to 1998 when she was commissioned into the US Army as an Intelligence Officer.

Lori’s military experiences include time spent as a military intelligence officer at all echelons. Lori spent time in a strategic intelligence unit at both Ft. Meade, MD and in Hawaii where she was selected early for Company Command. Lori went on to serve as a Division Artillery Intelligence Officer and then in the Division G2 where she was deployed to Afghanistan. Additionally, Lori served United States Central Command (USCENTCOM) as a liaison officer from Combined Forces Command-Afghanistan (CFC-A). Upon joining Celestar Corporation, Lori served as a contractor supporting the USCENTCOM J3 where she spearheaded multiple new initiatives for the Department of Defense Rewards Program. It was then that she was approached by Celestar to join the Business Operations team. Lori served as Celestar’s Director of Business Development, seeing Celestar through significant growth and recognition as one of the fastest growing companies in the United States.

While Lori was born and raised in Wisconsin, she traveled the country, as she was heavily involved in athletics, including being an Olympic-developed Pentathlon competitor. Lori is still active in many sports, including swimming, running and soccer. Even with the option of a SEN nomination and appointment to the Air Force Academy, Lori chose to accept a 4-year Army ROTC scholarship. Her selection served her well in a family of driven sisters, who include a 2-time Olympian, a professional snowboarder and a teacher. Lori’s family owned a business and taught in the public school systems, so her desire to succeed and to give back are both evident in her family heritage. Lori continues to be surprised by entrepreneurial views of experience vs. competencies, and the similarities and differences between the military and business practices. One of her most impactful challenges was her deployment to Afghanistan, and Lori remembers winning her first Government contract as one of life’s most memorable moments. Because of these experiences, and her drive to provide solutions in a people business, Lori finds her business development opportunities a driving force in her career. Lori holds a BA in International Affairs from Marquette University in Milwaukee, WI as well as certifications and many accommodations from serving her country. 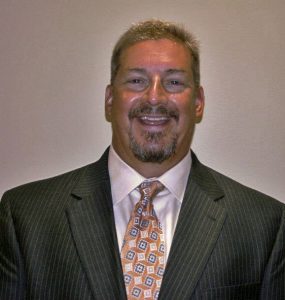 Brian Goodwin Goodwin is a senior analyst supporting U.S. Central Command, MacDill AFB, Tampa, FL, on National Security programs with CACI. He also served as a Capture Leader for Logistics and Training and Senior Project Director for Parsons Corporation following transition to corporate from the U.S. Navy as a Captain in 2014.

Brian has been a GSF member since stand up and serves on the GSF Board of Directors and multiple committees to advocate for the SOF community.

Al Di Leonardo is an experienced intelligence and special operations officer who utilized his military training to successfully found and sell two companies in the private and public marketplaces. He is widely recognized as a subject matter expert in analytical tradecraft.

Al founded HumanGeo, an innovative software and analytics company focused on technical solutions at the intersection of big data, social media, and geo-location intelligence that enables change in the government marketplace.  He served as CEO, creating the vision and path to grow the team from a start-up to a recognized technology brand name within the Defense and Intelligence sectors. HumanGeo was routinely recognized as a Virginia Business Best Place to Work, named Arlington’s Fastest Growing Company between $5M-$50M, and identified as among the Best Places To Work for Millennials.

In 2015, HumanGeo was acquired by the Radiant Group, a 450-person, 5-business unit technology company that supports the Intelligence Community with advanced software solutions and analytics. At Radiant, Al served as president overseeing the integration of operational technical capabilities while simultaneously implementing the mission and vision across all five business units, and grew the Radiant’s annual revenue to over $125M. In 2016, Al and Aston Capital architected the sale of The Radiant Group to DigitalGlobe.

After 20 years of combined government experience with concentration in the Intel Community, Al retired out of Joint Special Operations Command (JSOC) as a career U.S. Army Intelligence Officer. Prior to JSOC, Al specialized as a Signals Intelligence Officer and spent almost a decade inside the National Security Agency. He served as the Director of U.S. Special Operations Command’s first big data analytics and innovation cell named Skope, where he became widely known across the Intel Community for his special operations intel team’s success with geospatial analytics. In his Army career, he served overseas in support of operations in Afghanistan, Iraq, Kuwait, Africa, Korea, and the Balkans. He earned the Bronze Star Medal for his work in Afghanistan and Iraq.

Al holds a Master’s in Business Administration from Loyola University, and Bachelor of Arts from Fordham University. He is also a board Councilor at the American Geographical Society. Originally from Connecticut, Al and his wife Melissa, and their two daughters reside in Arlington, Virginia. 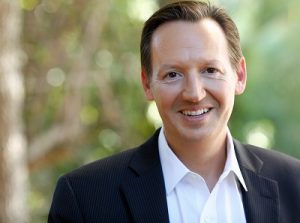 Dr. Keenan Yoho has spent more than a decade working with senior management leading change in both commercial and public sector environments. Dr. Yoho’s research and applied work is focused on supply chain cost modeling and operations management to achieve enterprise-wide outcomes under conditions of uncertainty and resource scarcity. Dr. Yoho served as Senior Special Advisor to U.S. Special Operations Command (USSOCOM) from 2012 to 2014. During this time Dr. Yoho worked with a special team reporting directly to the Commander, USSOCOM that was charged with crafting and executing a plan for posturing special operations forces (SOF) for the next three decades. Dr. Yoho has advised several U.S. and international organizations to include IBM (semiconductors), General Motors (autos), General Mills (foods), Intel (semiconductors), Rockwell Automation (machine automation), BASF (chemicals –Germany, US and Mexico), Merck, KGaA (chemicals – Germany), Ryerson (steel processing & distribution), Qualcomm (designer/supplier telecommunications technology), and Polioles SA de CV (chemicals – Mexico), the U.S. Army, U.S. Air Force, and U.S. Transportation Command in the areas of operations management, supply chain management, continuous improvement and organizational transformation. Prior to joining the Crummer Graduate School of Business at Rollins College, Dr. Yoho was an associate operations researcher at the RAND Corporation in Santa Monica, California where he led projects to improve the operational effectiveness of the U.S. military during war. Dr. Yoho was recently an assistant professor at the Naval Postgraduate School in Monterey, California where he received 4 consecutive teaching awards including the School’s highest award for excellence in teaching and impact beyond the classroom. Dr. Yoho has published in the International Journal of Production Economics, International Journal of Operations and Quantitative Management, Journal of Cost Analysis and Parametrics, International Journal of Physical Distribution & Logistics Management, and the Journal of Operations and Supply Chain Management. Dr. Yoho holds a Ph.D. in Operations Management, M.B.A. in Operations Management, and M.S. in Industrial Relations from the University of Wisconsin-Madison. He also holds a B.A. in Religion with a concentration in Chinese and Japanese Buddhism from Temple University.