Don’t miss the SOF Story from Quarantine Video and SOFspot Podcast that we’ve also released on this topic!

Forty years ago this month, the US launched Operation Eagle Claw to rescue 52 US Embassy personnel held hostage in Iran. The mission failed for a host of reasons and cost the lives of eight US Servicemen. It was a pivotal moment in SOF History, and I was fortunate to play a small part in it.

In 1980, basic Rangering had not changed significantly in over 225 years. Rangers were at home in the wild and moved long distances on foot. They operated with stealth and cunning, and executed Reconnaissance, Raids and Ambushes much like their forefathers. We wore helmets from 1942 and carried our loads using web gear from 1967. Our uniforms were Vietnam-era Engineer Research and Development Laboratories (ERDL) Camouflage first developed in 1948. We wore Olive Drab Jungle Boots, and M1951 “Patrol” Caps from the Korean War. We carried M16A1 Rifles, with XM177 (CAR-15) Carbines, Silenced OSS Vintage .22 caliber Pistols, and Suppressed MAC-10 Sub- machine Guns for Special Missions. 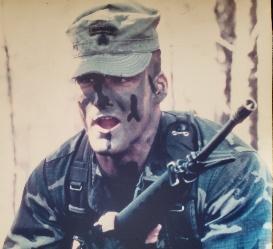 Our prime movers were the UH-1 “Huey” Helicopter and the C-130 Hercules Aircraft. We jumped T-10 Parachutes with “Dial of Death” Harnesses and used thick Cotton Lowering Lines with “Bungee Cords” to lower our rucksacks.

Eagle Claw changed all that. I was a young Corporal in 1st Ranger Battalion assigned to “Hard Rock Charlie” Company, under then Captain David L. Grange, himself a second-generation Ranger. His father jumped into Normandy during WWII as an Enlisted Man, completed multiple tours in Korea and Vietnam, Commanded the Infantry School at Fort Benning, and ultimately retired as a 3-Star General. Captain Grange came from good stock! He served with Lima Company Rangers who were assigned to the 101st Airborne Division during Vietnam.

He brought combat focused skills honed on the battlefield to absolutely everything he did. He was motivated, focused, fit to the extreme, technically and tactically proficient, and challenged us every day! He was the standard that I used to measure every Officer for the rest of my career.

A Great Time To Be A Ranger

When “Hard Rock Charlie” received the Warning Order for Eagle Claw, Grange brought the Company into the Day Room. He wanted to know who drove off-road vehicles, who owned motorcycles, who were the best snipers and machine gunners, who had mechanical experience, or grew up on a farm and could keep equipment running using “Bubble Gum and Bailing Wire”? He was leveraging strengths we didn’t know we had and modifying our Task Organization for missions we had never seen. Absolutely Brilliant! 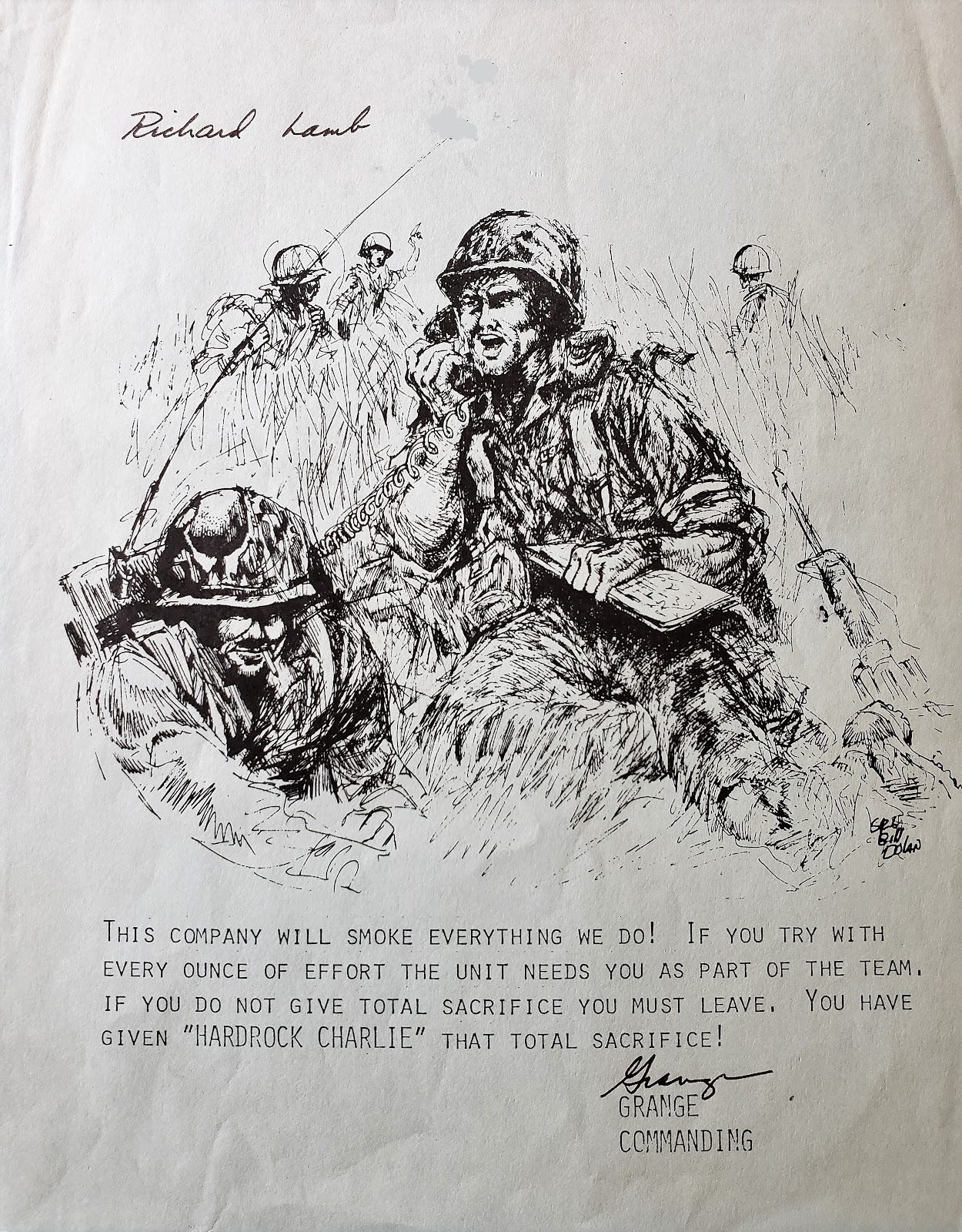 We were issued Vietnam-era M-151 JEEPS and learned how to drive and maintain them. We created vehicle and aircraft load plans and practiced driving them on and off aircraft. We watched the movie, “Raid on Entebbe” as our first exposure to Airfield Seizures, and task organized for a multitude of supporting missions like clearing and marking runways, engaging troop concentrations, cutting electricity and phone lines, operating heavy machinery, and integrating USAF Combat Controllers to immediately resume air operations for follow-on missions.

We worked reverse work cycles and sharpened our skills in darkness using AN PVS-2 Night Vision Rifle Scopes and AN PVS-5 Binocular Headsets. We purchased motorcycles on the local economy and integrated them into our formations. We increased our speed and reach and expanded our ability to Command and Control. Individual radios did not exist in 1980, so we used large Commercial Off the Shelf Motorola Handheld Radios. 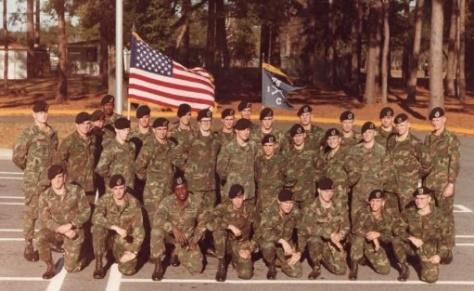 We leveraged veterans from the Son Tay Raid and Operation “Blue Light”. We became proficient in advanced Marksmanship and highly skilled at clearing buildings and operating in close quarters on urban terrain. We became the best in the world at what we did! It was a great time to be a Ranger.

Challenges inherent to Compartmentalized Planning and Joint Command, Control and Communications were critical deficiencies. In the end, disparate Training Standards, and dissimilar Tactics, Techniques, and Procedures (TTP) within the Joint Force combined with Intelligence Gaps and Bad Weather to doom the mission. What we were attempting had not been done since Vietnam. We needed to put Army Rangers, on Air Force Helicopters, and have them take off and land from Navy Aircraft Carrier Decks. There were different aircraft procedures between the Army and the Air Force, the Air Force Pilots were not Carrier Deck Qualified, our radios didn’t talk.

The Marine pilots were carrier qualified, but their aircraft did not have the same avionics as the Air Force helicopters. We were unable to mid-air refuel due to the lack of refuel booms. This forced us to land in the desert and refuel on the ground. The landing strip in the middle of the desert called “Desert One” had vehicle traffic at 0200 in the morning. We did not expect this. The Ranger Security element encountered a fuel truck which was taken out by a Light Anti-Armor weapon (LAW) when the truck failed to stop, and a bus full of passengers was detained on site. 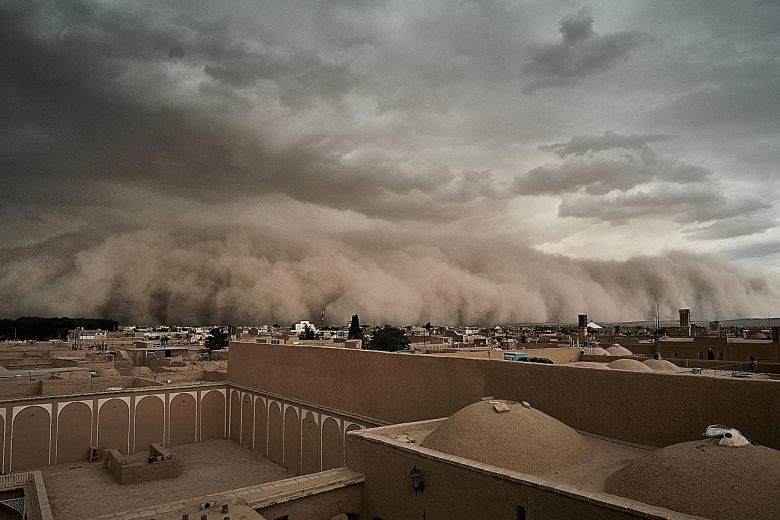 Some aircraft were lost in a sandstorm called a Haboob (an example shown above) and arrived late. When one of the aircraft went down for maintenance, the mission was scrubbed due to lack of lift and insufficient time to complete sorties, recover aircraft and continue to our Remain Overnight (RON) site. During refueling operations a helicopter was being guided into position off the nose of a C-130 full of fuel. The ground guide was pushed backwards by the prop-blast. The blowing sand created a “Brown Out”, and the helicopter moved forward towards the ground guide and clipped the C-130 with it’s rotor. The resultant explosion killed eight Servicemen.

But our failure in Iran ultimately made us better!

We established Commands, Units, Relationships, Mission Sets, Capabilities, and Joint Tactics, Techniques and Procedures that survive to this day. The Lessons Learned fixed a multitude of shortcomings and brought Joint SOF Operations into the 21st Century. It also prepared a small cadre of leaders to meet the future challenges of an ever-evolving radical threat stream. It set us up for the next 20 years.

However, change did not come easy! In 1980, retired Chief of Naval Operations (CNO), Admiral James Holloway, was tasked to investigate why the mission failed. The recommendations put forth in his report were not implemented by the Department of Defense (DoD) for over six years. This forced Congress to place specific language in the 1987 Defense Authorization Act and force change through legislation. 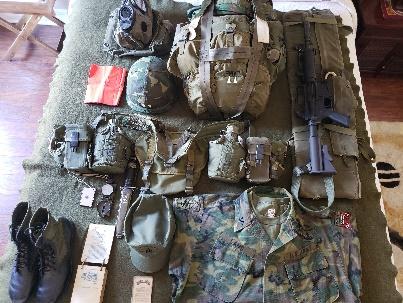 Even with legislation, it took DoD another year before they filled the ASD- SOLIC position following even more prodding from Congress. Unfortunately this is not unique, and history continuously repeats itself. Large institutions are reluctant to change, and we always fight the next war using the tactics and equipment leftover from the previous war.

Forty years after Eagle Claw, SOF owns the Air, Land and Sea in the areas where they operate. Technology allows us to communicate at will, live stream video, and know precisely where our formations are on a digital map. We can rapidly project and re-supply our forces, maintain untold amounts of “guided” ordnance on the other end of our radio headsets, and evacuate our wounded within minutes of injury.

But again we’re faced with change. We find ourselves in another pivotal moment in SOF History as global threats evolve back towards Big Power Competition. Adversarial relationships are now vaguely defined by Competition, Confrontation, and Conflict, and our in-ability to recognize and prepare for a changing environment, again risks tragic failure.

A Look to the Future

In the next fight, our ownership of land, sea and air will be disputed. Our technological superiority and advantages in lethality will be compromised. Our ability to shoot, move and communicate will be degraded by an equally lethal adversary who can also project forces and operate at night.

We’ll need friends that are interoperable and can share information and intelligence. We’ll need to change the way we do business! We’ll require the ability to operate in smaller formations, in semi-permissive or non-permissive environments, working outside a robust logistics chain. We’ll need to become adept at working by, through and beside partners, often from forward locations. We’ll need culturally astute operators comfortable working alongside other Government Agencies. Armed Overwatch to protect our forces will be absolutely Mission Critical.

The use of Joint Strike Fighters and large Armor Formations are less likely in Great Power Competition, especially against an adversary whose stated Doctrine seeks to avoid large scale conflict and instead use unconventional or irregular warfare to win a very long fight. We’ll need surrogates. We’ll need relationships. We’ll require greater authorities to counter propaganda and win the information fight. Stronger advocacy in the National Capital Region (NCR) will be critical to the Nation’s success. Budgets will become tight, and Services will fight hard to maintain high dollar hardware and protect their technology and orthodoxy. We’ll need to educate policy writers and decision makers on the missions and advantages of SOF in the Great Power Competition. We’ll require champions to teach, train and motivate slow moving Departments, Agencies and Offices within our own Government. In the aftermath of this latest Pandemic, unstable governments will fail and become breeding grounds for our adversaries.

Who and what will help stabilize them? Who will help fill that void? Our leaders must continue to step up, assume greater risk, allow our operators and formations to innovate, re-tool mission sets, and develop new “old” skills.

I think these are the real lessons of Eagle Claw, lessons we should take pause to remember this month. They were hard lessons, paid for with blood by eight Americans:

It’s said that you die twice; the first time when your heart stops beating; the second time, when your name is no longer repeated. We should honor their sacrifice by ensuring that it doesn’t happen again to another generation! 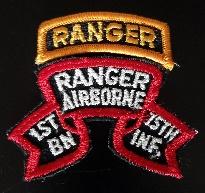 To my Ranger Brothers, I am honored to have served with you! Thanks for making me better! I hope you are all well, prosperous and at peace. I think of you often!

We’ve recorded a podcast (coming soon) and made a short video with Rick about Operation EAGLE CLAW. Check it out!

Listen to the Podcast

Listen to Episode #38, “A Great Time To Be A Ranger,” to hear more from Rick on this topic!

In this episode, Global SOF COO Meaghan Keeler-Pettigrew interviews Mr. Peter Singer, the co-author of recently released novel: "Burn-In: A Novel of the Real Robotic Revolution."They discuss the book, which centers around a terrorist attack in Washington, DC just 10 years in the future, and more specifically the technologies and scenarios that are featured. Everything is thoroughly researched and referenced, so that only technologies that are currently plausible in the next decade are realistically featured. #NoVaporwareListen on to learn why we can get mad at Alexa, how FIC-INT (Fictional Intelligence) could help educate warfighters and policymakers, and what the AI/Human relationships of the future may look like…Buy "Burn-In: A Novel of the Real Robotic Revolution":Burn-In.com: https://www.burninbook.com/Amazon: https://www.amazon.com/Burn-Novel-Real-Robotic-Revolution/dp/1328637239Barnes & Noble: https://www.barnesandnoble.com/w/burn-in-p-w-singer/1132050970IndieBound: https://www.indiebound.org/book/9781328637239Partner Spotlight: Bren-Tronicshttps://www.bren-tronics.com/Support the show (https://gsof.org/individual-membership/)