Thank you to ARMA / GDIT for Sponsoring Hole #6.

Chief Kent hails from upstate New York where she attended SUNY Plattsburgh for two years prior to joining the Navy. Her first duty station was Navy Information Operations Command Georgia where she volunteered for an Individual Augmentation (IA) and deployed to Iraq with SEAL Team 10 in 2007.

Her last deployment was from November 2018 – January 2019 with a Special Operations Unit where she was killed in action by an Improvised Explosive Device (IED) while conducting operations against ISIS. Kent’s team wasn’t on a routine patrol that day, as the Department of Defense later claimed. And they weren’t out for a leisurely lunch at a popular kebab restaurant frequented by Americans, as many news outlets reported.

Kent was responsible for finding ISIS cells and their leaders, fixing their location in time and space, and then providing that intelligence to her peers who would perform kinetic strikes. Kent was part of a team called “The Mohawks.” The job was dangerous, and those who were caught faced torture, death, and being dumped in the streets.

Few special operations personnel were willing or able to go speak to Iraqis out in the city in a low-visibility capacity. So Kent taught herself human intelligence techniques and, already fluent in the language, would go out and develop targets for the task force.

Like most of Kent’s career, much of her work with the Mohawks was and is classified — and it likely won’t see the light of day for at least 13 more years. Chief Kent’s fearless competence contributed directly to the deaths and capture of hundreds of enemy insurgents and severely degraded enemy combat capability; she died a hero, doing what she loved! 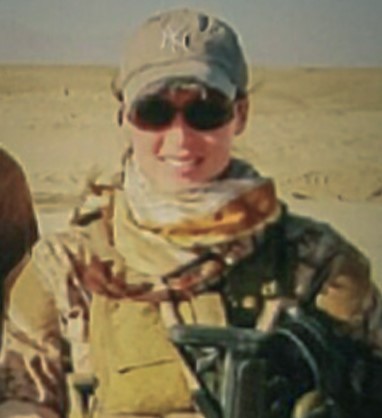