During his tenure at SWC, he received authorization from President John F. Kennedy for Special Forces (SF) soldiers to wear the Green Beret. Yarborough made SWC the leading Army institution for studying enemy guerrilla warfare tactics and updating special warfare principles. He reorganized the Center and School, functionally aligning training battalions along MOS lines, and empowered a new Advanced Training Committee to study cutting-edge methods of infiltration and exfiltration.

Yarborough recruited civilian experts and veterans of unconventional conflicts to assist in developing SF doctrine and training methods, and he underscored the importance of language proficiency. Upon visiting SWC and witnessing SF capabilities firsthand, many senior officials who had advocated for conventional warfare now understood the importance of special warfare.

Yarborough is the namesake of the Yarborough Knife awarded to SF soldiers, and for his tenacity in creating a distinguished identity for SF soldiers, he is known as the “Father of the Green Berets.” 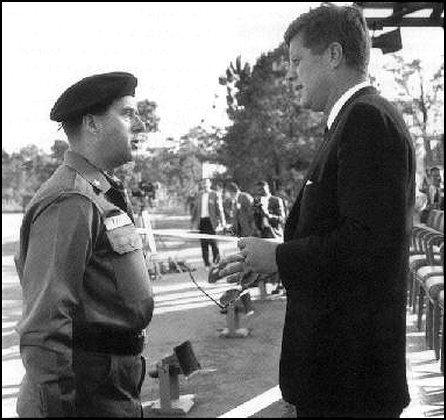