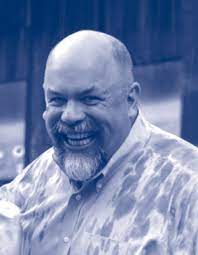 Dr. Preston Cline is the Co-Founder and Principal at the Mission Critical Team Institute where he spends his time as Director of Research. After beginning his career in the late 1980’s leading 60-day remote wilderness trips with adjudicated youth out of New Jersey he has since been cold wet tired and hungry on all seven continents leading both terrestrial and ocean expeditions. His previous training as a Wilderness Emergency Medical Technician, an NAUI Rescue Diver and an Ocean Lifeguard Trainer meant that Preston has led primary, secondary and tertiary responses to numerous critical and catastrophic incidents. It was these experiences that were the catalyst for 30 years of academic research on human interaction with uncertainty. The question of why some people make it, while others do not.

Preston has received a Bachelor’s of Science from Rutgers University, a Masters of Education from the Harvard University Graduate School of Education, and a Doctorate in Education from the University of Pennsylvania Graduate School of Education. Since 2008 his primary research and practice has focused on supporting the Instructor Cadres of Mission Critical Teams: Small (4-12 agents), integrated groups of indigenously trained and educated experts that leverage tools and technology to resolve complex adaptive problems in an immersive, but constrained (five minutes or less), temporal environments, where the consequence of failure can be catastrophic. These instructor cadres represent Collaborative Inquiry Communities of Practice within Military Special Operations, Emergency Medicine, Tactical Law Enforcement, Aerospace and Urban and Wilderness Fire Fighting Organizations within Australia, Canada, New Zealand, United Kingdom and the United States. When he is not working with Cadre, he resides outside Philadelphia with his extraordinary spouse Amy who, when not teaching, plans and leads their international sailing expeditions.